Prev Next
The FACT Story

In 1965, the inspiration for what was to become Fellowship Afloat grew out of a summer camp for a Harlow church youth group. The young leaders of that camp dreamed of creating a permanent venue for young people to enjoy the challenge and excitement of outdoor activities – especially sailing – while providing an introduction to the Christian faith, and the possibility of developing a friendship with God.

The search began for something floating on which to start the venture, and a place from which to operate. This led the youth group leaders to the unique charms of the Blackwater estuary and to the purchase of the oyster smack William Emily, affectionately known as Odd Times in Tollesbury. Quickly joined by local Christians, they took on the task of restoring her to glorious sail.

The venture grew, but so did a need for a larger base, and the former Thames sailing barge Memory was to meet that need. In 1968 an anonymous donation enabled the group, by then established as a charitable trust, to purchase her. Moored alongside the old Gridiron Pier by Rickers Hard in Tollesbury's saltmarshes, with accommodation for 22 and a cosy saloon, she became the weekend retreat for groups of young people who ventured into the estuary in sailing dinghies. Very quickly other groups from local authorities and probation offices discovered that a residential visit could challenge and benefit young offenders.

In 1970 a full-time warden was engaged and more and more volunteers from Tollesbury and the wider community began to support the sailing activities – which later became recognised by the Royal Yachting Association. Gradually, the staff team grew and other activities, such as art & craft and wildlife studies, became popular.

The 147-acre saltmarsh site surrounding Memory, historic yacht stores and boat yard came on the market in 1980. Fellowship Afloat needed a secure home but also had a dream that the area could provide the opportunity to broaden the scope of its work. By then, the trust had many friends and supporters, especially in the churches around Essex, who shared its vision and who were prepared to give, in many cases sacrificially, to support the work. With their help and that of a number of grant-making trusts, the site was purchased.

The trust set up a company, Tollesbury Saltings Limited (TSL), to look after the running of the yacht berthing area, yacht stores and boat yard , and which would provide further support for the venture. The majority of the saltmarsh area, a site of international ecological importance, was set aside as a conservation area.

At the time, unemployment was growing rapidly, and the trust was determined to do something about this locally. The Manpower Services Commission supported two Fellowship Afloat schemes: the first was the restoration of the four Edwardian yacht stores to their former glory, this enabled local unemployed adults to gain work experience and training. Upon completion in 1985, the project received a local design and conservation award. The second project was a boat building youth training scheme, which operated from the old engineering shed by the slipway and served over 60 local school leavers between 1983-87. This period created many new and valuable friendships and contacts in the local community.

Groups continued to visit Memory and many primary school groups became regular users. It was realised that the old barge was in need of replacement. More accommodation was required and, though chemical toilets and paraffin lighting had given the centre a unique atmosphere since the early days, these facilities could not remain as they were. One thing was for sure, the new centre would have to float, so the search for a suitable craft ensued.

In 1988, after looking at many different craft, a retired Trinity House lightvessel was inspected in Harwich Harbour. She was perfect: full of history, with potential to become a purpose-built activity centre – and in remarkable condition. Donations enabled the trust to buy Number 15 Lightvessel and, in the September of 1988, she was towed into the Gridiron berth where Memory had been previously moored. She was to dominate the saltmarsh skyline. Plans were drawn up to create visitors' cabins for 36, with toilets and showers plumbed in to the local sewage works, and a galley and saloon to seat 50, with the existing crew's accommodation being devoted to staff use. The trust was committed to preserving the original atmosphere and fit-out of the historic vessel.

A devastating fire, which tore through (the empty) Memory on 24 January 1990 drove the lightvessel conversion on with renewed energy. On 31 July 1991, the lightvessel was renamed Trinity, and she began her second career as the trust's new residential centre. The total cost of the venture was £360,000 – entirely funded from voluntary contributions.

The new centre hosts over 80 groups each year. Most visitors are children and young people, coming from church youth groups, schools and care agencies – with a commitment to those with disabilities and disadvantage.

The people making it happen

Over the years, more than 150 staff have worked at the centre, and the wider fellowship comprises 2000 friends who support the work through prayer, volunteering and giving. A third of the centre's income comes from their generosity, bringing adventure activities within reach of those not normally able to afford them.

Tollesbury has played an essential part in the growth and success of Fellowship Afloat. Right from the early days, it has benefited from the commitment and support of Tollesbury people and families. Many of our best sailors (no surprises here) have come from, and still come from, the village. We have been served wonderfully by the traders over the years (visitors are great fans of Tollesbury crusty bread). Most of all, the trust has reason to be grateful for Tollesbury's forbearance with the many out-of-village 'foreigners' that come to Fellowship Afloat, a few of which have exhibited behaviour somewhat alien to village life.

Fellowship Afloat sounds very established now – a far cry from those pioneering days in the 'sixties. But now, as then, the trust is dependent entirely upon its volunteers who help run the courses, and on its wider fellowship of friends and supporters for their inspiration, skills, giving and prayers. 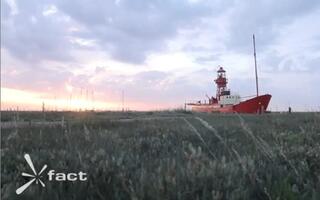 The Spirit of Adventure | Promo Video

Explore more of what we have to offer and take a look at our promotional video.

Promo video
"Our young people have really become closer as a group and we were really able to challenge them and talk to them about issues of faith and share Jesus with them, while getting alongside them as leaders and having fun with them! It was really something that they all really loved."
Youth Group Leader 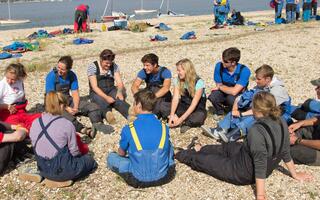 Volunteering at FACT is a great opportunity to make a difference! By working alongside our full time staff with our groups you will gain new skills and developing existing ones, you’ll have opportunities to serve others and make new friends. No previous experience is required- Only an enthusiastic and friendly attitude!

If you would like to discuss any aspect of a visit onboard please do not hesitate to call us or email via our contact page.